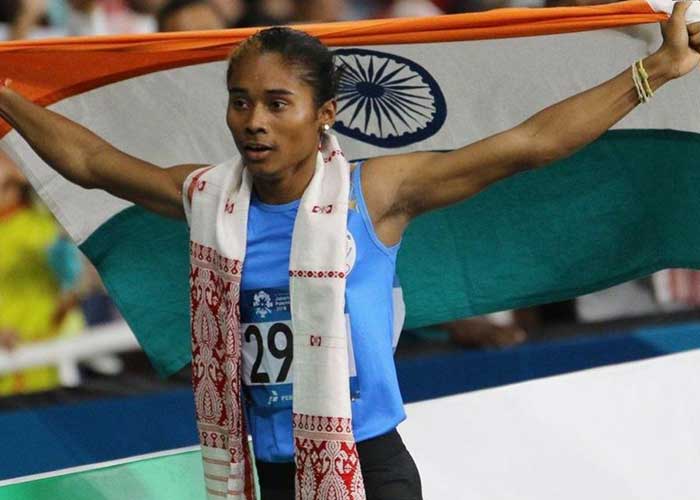 Being From A Village In Assam To Making World Wide Achievements, Hima Das Won Everyone’s Heart.

A young girl from a village of Assam who achieved great success at such a young age and many more which is waiting for her. A true inspiration and the name of women empowerment who made each and every Indian proud and not only Indian, in fact, each and every woman proud of her achievements. Born to a farmer family at a Kandhulimari village, near the town of Dhing in the state of Assam. Hima Das surprise the world from her awesome performance.

Spent her childhood days playing football in her father’s paddy field, who would have thought that this girl will stunt the world by her achievements. She loves playing football and ten years before she even wanted to make it her ambition and wanted to represent India in the international forum but due to not having a clear picture or any prospects for herself in women’s football, her physical education teacher, Shamsul Hoque suggested her to be a sprint runner and she changed to sprint running. And it was a turning point in her life even though she had to take up many challenges in life, she never stopped and made it to the gold medal. She used to travel 140 kilometers from home to Guwahati every day to go for practice. Her parents acted as her greatest strength and support her in her efforts.

Also Read : Invest On Your Daughter’s Business Rather Than Saving It For Her Wedding

Her first achievement was in 2018 of Indian national record in 400 meters with a timing of 50.79s that she clocked at the 2018 Asian Games in Jakarta, Indonesia. She is the first Indian athlete to win a gold medal in a track event at the IAAF World U20 championships. Hima Das recently won 4 gold medals in 200m races this year before another one in a 400m race. Now she is preparing herself for the upcoming competitions.

From Prime Minister Narendra Modi to celebrities be it Amitabh Bachan, Anushka Sharma or sports person Sachin Tendulkar, Virat Kholi, everyone congratulated her for her achievements. And she replied to their tweets, she said she was touched by their warm wishes. She has become a true inspiration and a role model for millions of girls and an example of women empowerment. Never be scared to dream big, never give up in life because success comes to the one who works for it and strike for success. She has set an example and her achievements are a remarkable achievement for her nation, making her name to imprint forever. She has created history from the story of her achievements that will be remembered forever.