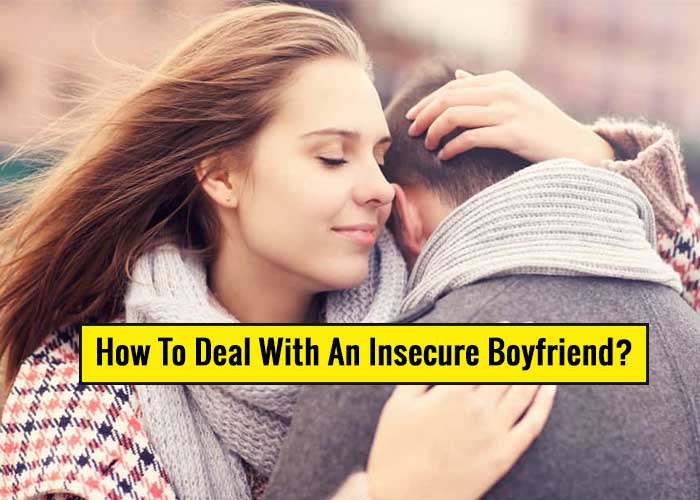 How To Deal With An Insecure Boyfriend?

The first thing you can do to deal with his insecurities is to open up with him because the more you will hide things thinking that he may not like it, it will boost his insecurities more. You need to open up to him about all your friends, introduce him to all your friends, even your male friends. And even be open to him about the difficulties you face due to his insecure behavior. This will create a healthy conversation and will improve your relationship. Anything that bothers you, let him know and be very direct in approach because it is what will create transparency and insecurities can be only deal with transparency. It is one of the best ways as to how to deal with an insecure boyfriend.

2. Let him know his importance in your life:

3. Help him to deal with all his insecurities and talk to him about it:

You will find solutions for everything if you sit together and discuss the topic, making the conversation healthy by participating and giving equal opportunity to talk and keep points. If you talk to him about this issue and you can figure it out as why and how he feels this way, you will be able to find out solutions. You can help him to deal with it by sharing everything and not hiding things from him. Try to convey your love in a proper way as it is a way to help him out. Show your genuine love and care it may help him to feel less insecure. If you can do all these it is one of the best ways as to how to deal with an insecure boyfriend.

4. Let him discuss his past:

The reasons for insecurities varies and one reason can be because your boyfriend might have bad past experience that is making him behave this way. In most cases it happens that they get so hurt in the past that they try to control their present, making the situation worse for their partner. They may not do it intentionally but the fear of losing or getting hurt may compel them to act that way. When this becomes the reason you need to let your partner discuss his past life as what has made him behave this way. This may give him a chance to speak his heart out and may even make you realize how you can bring changes in each other’s behavior and make your relationship work better.

5. Never lie to him and don’t point out his insecurities:

The worst thing you can do with your insecure boyfriend is to lie to him again and again if you do that you are making the situation worse for both of you. Never lie to him because of the fear that the truth may make him feel bad, let it be as it won’t let him feel that bad as your lie may do. You need to be open and transparent to him. Be honest as if the trust will be there in your relationship his insecurities will automatically come down. Win his trust and never point out his insecurities in a way that he feels bad about himself. You need to talk to him and discuss it but don’t point it out in a way that will lower his self-esteem. Help him to deal with it, help him to grow. Follow it as it is one of the happening ways as to how to deal with an insecure boyfriend.