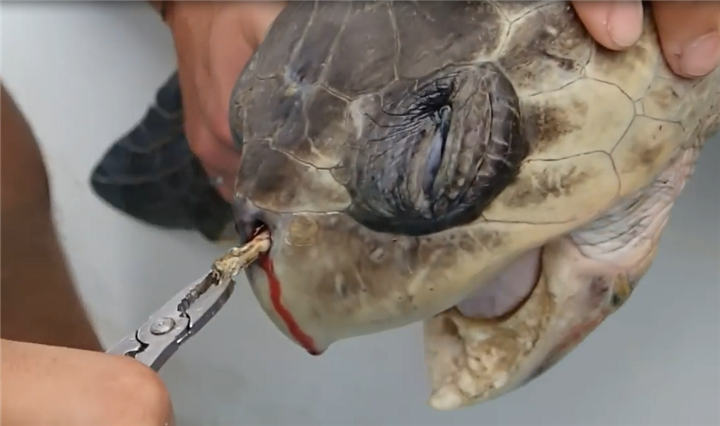 Animals are suffering due to human footprints. Here in this video, you can see how a big sea turtle is being suffered from a straw which has been stuck in its nostril.

Its humble request to all, that don’t fling the garbage or any kind of plastic waste in the Ocean because living souls of the oceans may suffer a lot more than we notice. Let us pledge to “Beat Plastic Pollution”. Time has come for every individual to join the campaign to end single-use plastic and protect the environment #WorldEnvironmentDay