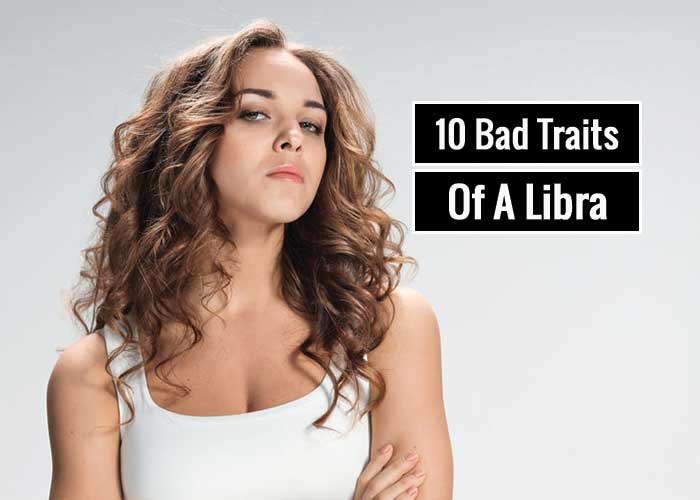 Libra is the kind of person who is tactful, who is kind and at the same time peace lover. They want to keep everyone happy and these traits of this become the reason they get hurt. They are wise in nature and are always balanced and diplomats at the same time. They play fair games and are known for fair judgments. Along with these traits, Libra has a number of bad traits.

Here is the list of 10 bad traits of a Libra

People often find a Libra untrustworthy because telling them a secret means telling the whole group. It’s hard for people to rely on Libras. You can’t be dependable on them for anything because they can hardly be relied on. This is one of the bad traits of a Libra.

Trying to make everyone happy they fail to take a correct decision at the right time. They cannot take up things to be done now because they lack in making the right choice.

You will find a Libra running away from everything, they don’t want to participate in the group, working in a team becomes difficult for a Libra because of these traits. They will hardly participate in anything.

They are considered as emotionless because they don’t feel deeply, they see things in a shallow way and even feels emotions in a shallow manner. They don’t try to go deep into matters or try understanding it. They are often unaware of someone’s emotions and can hurt you because of this bad trait Libra has.

Whatever they do is correct, whatever they want is justified, a Libra thinks that way. They have a narcissistic ego, they don’t want to agree on someone’s view because they think they know everything. They are perfectly perfect and this is known as one of the bad traits of a Libra.

They think in a superficial manner and even behave the same way. They don’t try giving a reality check before doing anything. And this act as a hindrance to their growth.

Also Read : The Most Annoying Zodiac Signs Of The Zodiac Family

They are known as trouble maker wherever they go. They will mess up things at times, irritating everyone around them.

They can go to an extent when things come upon them. They can be very selfish at times and it often reflects in their behavior.

If you hurt them or go against them, they keep that grudge and believe in seeking revenge from you, making it one of the worst traits of a Libra.

For them, they are the world and they behave like they don’t want anyone. They will be busy in their own self leaving aside everyone. This becomes the reason they are not socially active and hardly have friends.