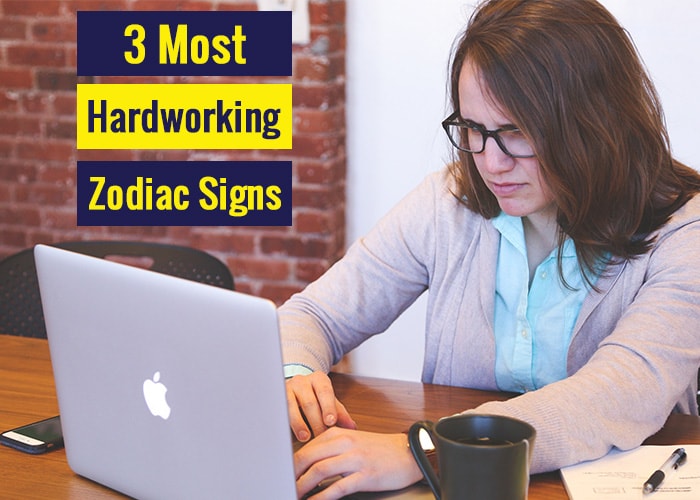 Not everyone has the potential to work hard, sometimes we might feel lazy or sometimes we cannot take the charge of everything. I think Zodiac signs have a huge impact on everyone’s personality and potential as well. So, here we have listed 3 most hardworking zodiac signs. Check it out!

The one who is an insane-worker. They will be spotted working at the level you cannot match. They will pay an enormous amount of attention to details and points out mistakes in other presentations too. They would be the one whose approval everyone else would need, because of their perfectionism.

If someone loses their presentation, or someone finds their content stolen. The first pointers will always be at a Capricorn. They eventually get everyone to follow them. We cannot deny the fact that they didn’t work. They did work (the hardest, I suppose). The trick is they don’t hang an “ambitious” poster around their neck! That’s more work than you think.

They are their own boss. They always push themselves to a higher limit and are mistake-intolerant. They would give more preference to time. Their punctuality is everyone’s inspiration. They like to take charge of everything. They would scold others(and themselves too) for being lazy.