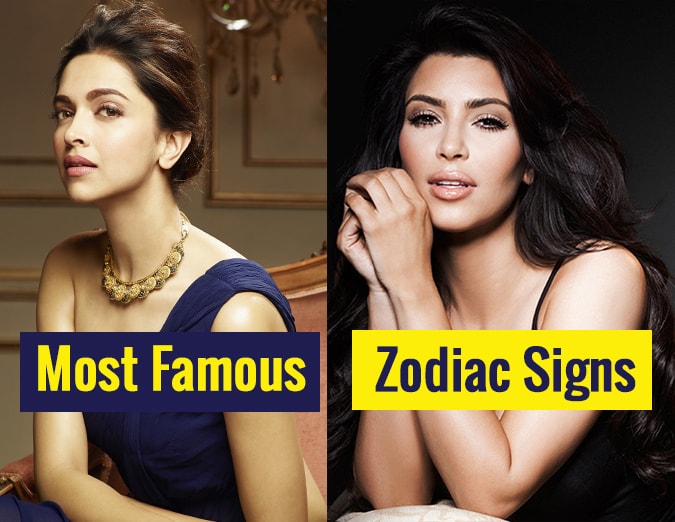 Sagittarius are personable, they’re naturally gifted communicators, but where they really shine is in their capacity to be role models. Like people lose their shit over how inspiring Sags are. There are way worse stars to have been born under.

Capricorns have charisma, ambition, and the drive to put in the hours of work and not just sit on the couch talking about how you could have been a contender.

You wouldn’t think of uber-balanced Libras at being the most destined for celebritydom, but hear us out. Libras are all about balance, and staying famous after your initial 15 minutes of fame can take a lot of finesse. Libras are great at maintaining different sides of themselves, which they can pull out whenever their career needs a little boost and they know how to keep a slice of their personal life private, which means they’re better than some signs at keeping their sanity intact.

Arieses are really great at being both boring and weird at the same time. You’re a super ambitious over-achiever, but you’re also kind of book-smart and type-A which means you’re not always the most fun to hang around. Sometimes you’re even low key stuck up, but hey, nobody can accuse you of not having a personality!

Virgo, you are a publicist’s wet dream! You’re don’t freak out under pressure, you take direction well, and you’re really good at memorizing things – like your lines or your manufactured answer to probing questions about your personal life. Plus you always want to look, act and be perfect at all times.

Leos crave attention like normals craves oxygen, so they’re practically tailor-made for fame. All in all, Leos are born for fortune and fame – but good luck convincing them that the world doesn’t revolve around them.