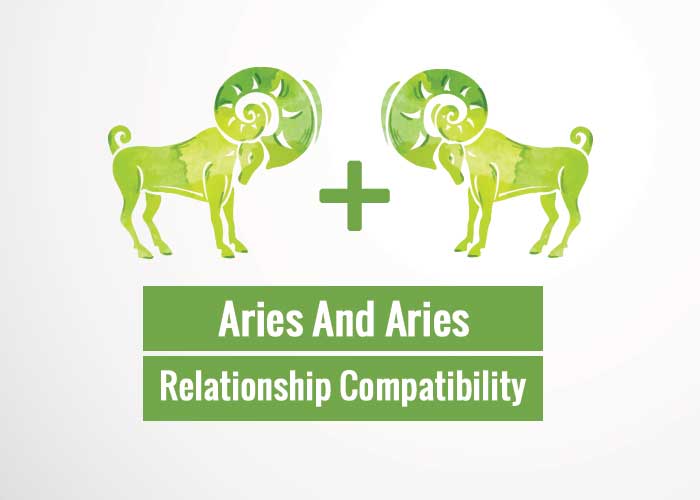 Why an Aries gets attracted to another?

The fiery attitude and approach that an Aries sign holds can attract another Aries who holds the same qualities very easily. The love for freedom and the zeal to achieve their ambition may compel an Aries man and Aries woman or vice versa get attracted to each other. Not only attracted but they may see each other as their own reflection due to the same qualities reflecting. It may force them to get close and know more about each other. Aries and Aries relationship compatibility is high as they share similar traits and thus get attracted to each other faster.

Also Read : 10 Aries Good Traits That You Need To Know

Will this attraction last long?

But as the faster, they get attracted to each other the faster this attraction brings distraction. This sign is full of energy and adventurous but once they start knowing each other they may get bored soon as it is their own reflection. But in some cases, it may happen this similar trait keeps that fire of attraction alive and they may deep dive to know each other better.

Also Read : How To Attract An Aries Man? Find it out

Since they both are ambitious and competitive, they may lack understanding of each other needs. Their ambition and competitive nature may come in between their understanding. It makes a bit difficult to be in a relationship with an Aries as they are selfish when it comes to their goals. And imagine two selfish trying to understand each other.

Also Read : How To Attract An Aries

It is said the main thing that acts as a drawback when an Aries and Aries comes in a relationship is that they hardly listen to each other creating lots and lots of misunderstanding. They both are on the same page that they are right and what they are saying should be agreed upon. This creates a lack of understanding and the lack of communication becomes a major reason as to why the relationship between an Aries and Aries fails. Sometimes, the influence of moon signs on Aries may be more and that may help this sign to build a good rapport and even good communication with each other unless they will lack in communication and understanding.

Also Read : Why The Damaged Women Are The Most Powerful Person In Our Society?

Aries are blunt and they are scared of nothing. But along with this bluntness, they are also flirtatious so when you talk about trust between an Aries and an Aries in a relationship. Aries can be trusted at times as they are direct and they may be reliable at times. But in a relationship, they may hardly trust each other.

Also Read : 5 Most Fun Zodiac Sign You Will Love To Be Around With

Also Read : How To Deal With A Toxic Boss? 4 Helpful Ways

There are relationships that work out very well between an Aries zodiac sign but sometimes it is due to the fact that they hold different moon signs which helps the relationship to function well even after having a lot of lacking. No doubt, they are compatible enough as they are ambitious, strong, courageous, brave, positive these boost up Aries and Aries relationship compatibility. But along with it, they have bad-tempered, they are arrogant, stubborn, impatient, aggressive. So when these traits get clashed with each other many things start becoming imbalanced. Because they are not able to control or tolerate each other’s behavior making this relationship difficult to work.