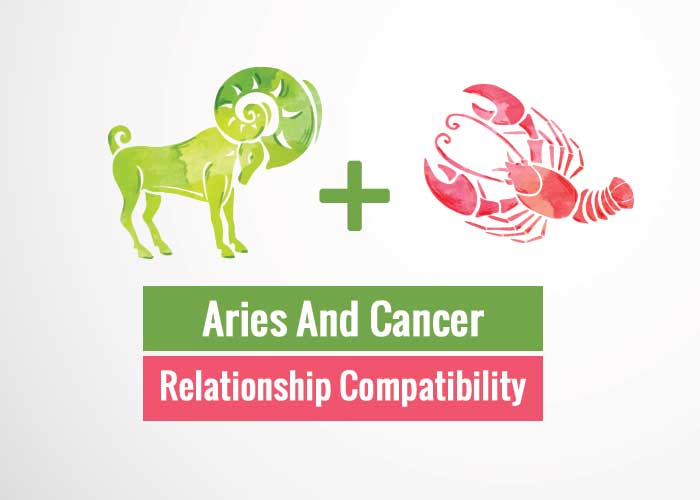 Fire and water the complete opposite character. Aries and Cancer are two opposite poles, one is tough and energetic, the other is soft and emotional. Aries love to rush whereas Cancer takes time and moves ahead. Aries are bad-tempered, rude, aggressive. Cancer is moody, pessimistic, clingy. If Aries is optimistic, Cancer is pessimistic. If an Aries is filled with adventures and love exploring a new place, spot, a Cancer loves the home environment. They are two opposite sides of the coin. To know Aries and Cancer compatibility read it carefully.

When two people are completely opposite to each other there may be a possibility that either they understand each other to an extent or vice versa. And communication plays a vital role in it. When comes to Aries and Cancer their mutual understanding will increase only when they can have a proper and open conversation and if it doesn’t happen, there will be a difference.

Also Read : Aries And Gemini Compatibility That You Will Love To Know

Aries and Cancer compatibility in communication seems very poor. And it is even one of the reasons they lack understanding. Cancer moody nature and Aries’s arrogant attitude can clash and it may create a difficult situation to have a proper conversation. The lack of proper communication makes this relationship difficult to work on. It either requires maturity or a bit of patience to understand each other and walk together.

Also Read : Aries And Taurus Compatibility That You Will Love To Know

If they often have a good conversation together they can build trust between them. But due to lack of communication there arises a trust issue. One is moody and lost in their own sensitive zone, the other is busy with their ambition and the want for adventurous. Especially when it comes to intimacy they have high trust issues. Cancer view intimacy in a different manner and is slow in this matter whereas Aries love to rush making things difficult to work.

Also Read : 5 Ways As To How To Forget Your Ex

Cancer is overly sensitive and emotions but at the same time, they hardly express their emotions. Whereas an Aries is considered to be emotionless but it is not the matter as even an Aries is emotional. And they can even express it. On the ground of emotions, Aries and Cancer compatibility can win a good score. As both the signs know how to understand and respect each other’s emotions they both have good compatibility. No matter, they are opposite but on emotional grounds, they understand each other deeply.

As said earlier, Cancer wants a deep relation for getting close to a person but an Aries wants to rush making the scenario look awkward. When it comes to love making they will lack the charm as both are completely opposite. One wants intense love whereas the other only adventure. Aries Cancer compatibility in sex scoreless due to their opposite preferences.