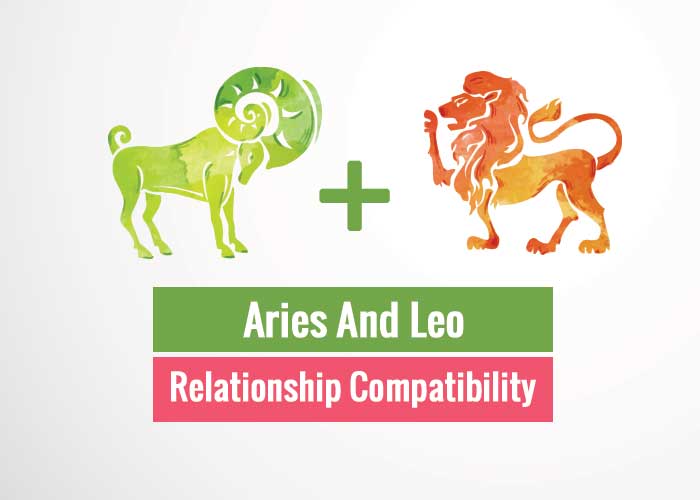 Aries and Leo both have a strong personality. Both are fire sign and carries that spark in them. Aries and Leo both are filled with positivity. They both are practical in nature and both are stubborn as well. But if Aries is selfish Leo is kind-hearted, if Leo is egoistic Aries are self-confident. When it comes to Aries and Leo relationship compatibility, they both can score a good deal as both hold strong personalities and qualities that can complement each other.

There is a high chance that both of them will fall for each other at a faster phase and they will get attracted to each other’s qualities. When strong personalities come together they create a platform for their love to take place. They get attracted to each other due to their self-reliant nature. They seem to build a strong bond in their first interaction. And their attraction will last long as both have a personality that will hold each other for a longer period. Aries Leo’s compatibility can be seen as high as both can impressed each other in a faster and more effective way.

Also Read : Aries And Taurus Compatibility That You Will Love To Know

Ares and Leo, both are frank in nature and are not scared to speak their minds out so they can have good communication between them. But along with good communication, there can be arguments as both are fire signs and is bull-headed. They both will fight with each other to win a conversation and this creates a bit imbalanced in their relationship when it comes to communication.

Also Read : Aries And Gemini Compatibility That You Will Love To Know

Aries and Leo may have trust issues but their convincing power and their loyalty stand to build that trust between them. They can be a bit jealous about each other when it comes to relationships as both hold such an attractive personality that people may get attracted to them and this may create trust issues. But don’t worry they both can be managed and can take their relationship to a different level.

They can create the most adventurous moment when they are together as they both have similar tastes. There can be a warm and passionate connection between an Aries and a Leo. they have such a sexual connection that cannot be interrupted. But the will to lead and dominate each other may come in their way of lovemaking. And this may act as a threat to their sex life.

Also Read : Astrology Memes (funfacts about all the 12 zodiac signs)