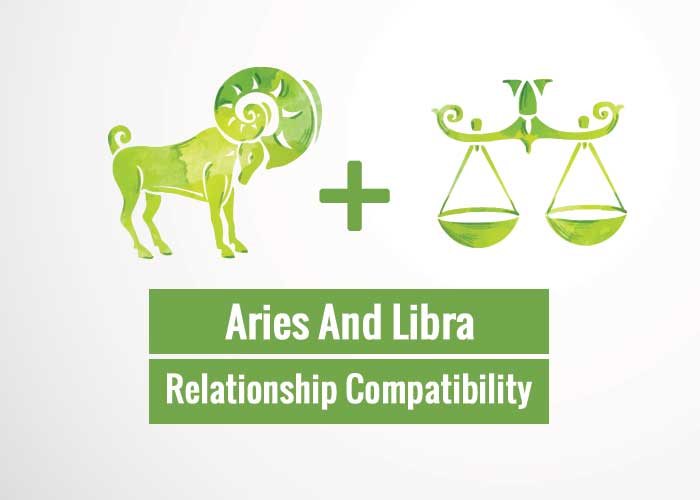 How will be the match when one is filled with positivity, energy, confidence, and the other loves to sit back, lack self-confidence? It will be a match of contrast. Both will stand in the opposite direction. They both possess qualities that each of them lacks. Aries is surrounded by the word self whereas Libra believes in partnership. Aries is impulsive, excitable and ready to head in any kind of situation whereas Libra is calm, composed, peace-loving and are indecisive. They both can teach a lot of things to each other. Aries and Libra relationship compatibility can be better understood if you go through this.

Also Read : How To Attract A Libra?

Libra is known for even their insecurity nature when it comes to relationships. They think they are inferior as they lack confidence and the lack in confidence of Libra to approach may give birth to trust issues. And when it comes to relationship even Aries are jealous as they may show like they are not but they are jealous and it may create a difference. Aries extrovert nature may attract more friends and Libra introvert, shy nature may hold them from questioning or making a direct approach to a Libra and this may create problems. Aries and Libra relationship compatibility may lack trust.

Also Read : How To Attract An Aries

The most understanding partners when it comes to emotions. They both understand each other’s emotions in such a way that nothing can stop them from coming together. They can understand emotions of each other as both are opposite and possess qualities that they both lack in.

There is a tendency that they may hurt each other when it comes to their sex life as one is filled with adventures, the other is of a slow pace. Though they can have a great time together when it comes to bed as they both can understand each other’s emotions. Aries and Libra love compatibility scores good in sex.

Also Read : Astrology Memes And Fun Facts of All The Zodiac Signs

Above all Aries best match can be seen in Libra born. They both can help each other to grow as they have such traits that they both lack in. They both need to put a bit effort to make a perfect couple as Aries Libra relationship compatibility holds a good score.