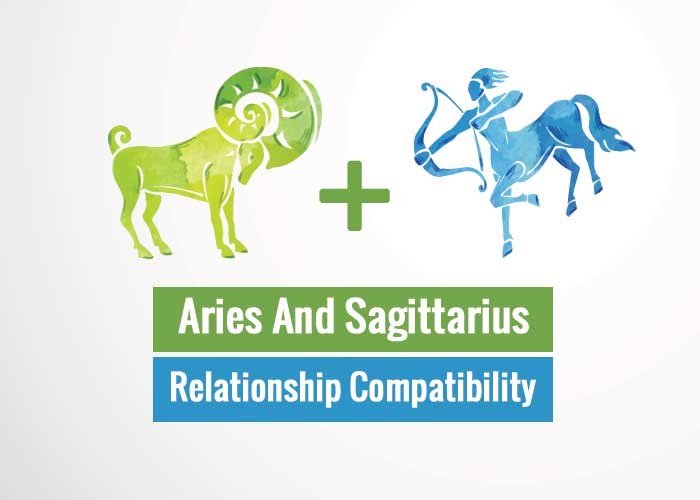 What happens when two fire signs who is filled with positivity, energy, adventures come together? Don’t they make everything filled with so much energy that it becomes difficult to handle? Sagittarius is blunt, honest, they are harsh but always speak the truth, they are filled with optimistic thoughts like an Aries and Aries is the same as Sagittarius. The pair between the two will be rare as both are so busy searching for a new adventure in life that they may hardly look at each other and fall for each other. To know how well they can go with each other read this Aries and Sagittarius relationship compatibility.

It may take time for both to have a look at each other due to being lost in their own world of adventurous but once they get attracted to each other everything between them will move at a faster rate. They both are lively and their relationship will be full of live, adventurous, fun. Sagittarius will get attracted to Aries’s personality, positivity and how sportingly they take life. Aries will get attracted to Sagittarius charm nature to impress everyone by their humor, by their optimistic attitude. Since they both share so many traits the attraction between the two will last for a long.

Also Read : How To Attract A Sagittarius?

They both have that mutual understanding that keeps this couple going. They both can communicate well though lost in their own world when they have to communicate something they will speak their heart out as neither a Sagittarius lie nor an Aries is scared to speak the truth. So when they come together they speak their heart out, nothing is hidden, in fact, eberything is crystal clear in their relationship. Aries and Sagittarius love compatibility in the matter of communication scores high as they both know how to keep layout their words.

Also Read : How To Attract An Aries?

Both the signs are considered to be practical and not emotional like the water signs but they are emotional when it comes to love and when they are deeply in love with each other. They can understand each other’s emotions and knows how to handle it. Aries Sagittarius relationship compatibility even goes well when it comes to emotions.

When it comes to sex between an Aries and Sagittarius, despite sharing so many similar traits they have different tastes in bed. Aries is serious when it comes to bed whereas Sagittarius may even pour out their humor in the bed which may spoil Aries’s mood. And they both may try to dominate each other in the bed making the situation worse. It may be filled with adventurous, energy but it may lack that connect. Aries and Sagittarius’ relationship compatibility in sex may scoreless as compare to others.

Above all, they both can become a good pair if they work on some of their traits and try to balance their relationship. They both share a number of similar traits that keep them together and lovable. They can maintain a good and healthy relationship all they need is to give time to each other for it.