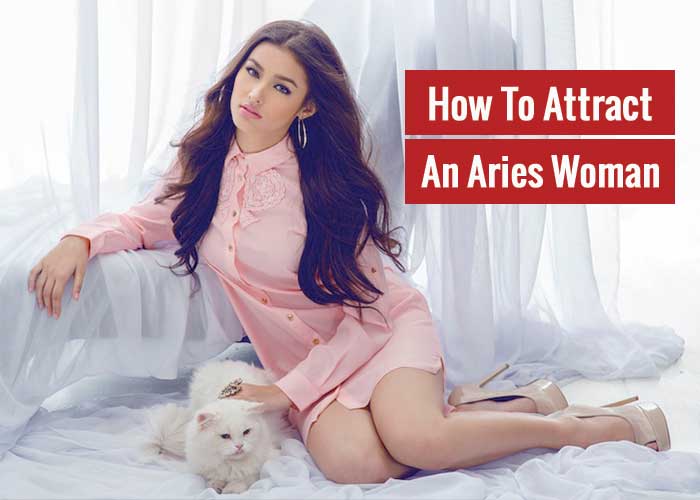 Formula to Attract an Aries Woman

1. Be strong and reliable:

An Aries woman is very powerful and determined, she has the quality to make strong decisions in life and when it comes to taking care of herself, she can do that in any situation. So, she even wants a partner who is equally strong like her. If you are a weak man, she may walk off from your way as she may find it a waste of time in dealing with you. As people who focus on problems, can have problems only and it is what an Aries woman believes in. She dislikes weak men, so if you want to attract her learn to be strong. An Aries woman gets attracted to a person whom she can trust blindly. If you can win her trust, it means you have taken a route directly to her heart.

2. Be constructive and sensible:

She gets bored with only romance as being ambitious is what her quality is, she loves someone who is constructive, who is practical rather than emotional. She wants someone who is real and focuses on only real goals, rather than making illogical goals in life. So be a real man if you want to attract an Aries woman.

Also Read : How To Love An Aries?

3. Be genuine and real

An Aries woman will not forgive and forget. Don’t ever try lying to an Aries woman or else you will lose her forever. She is inclined towards a man who has that guts to accept his mistake and correct it, rather than one who tries to hide it under the roof of lies. Be very genuine while dealing with an Aries woman, if she feels that you are real she will never let you go away. And you will not only be able to attract her but will be able to make her yours forever.

Also Read : Zodiac Signs Who Will Love You Forever Till The Last Breath

Like an Aries man, even an Aries woman gets attracted to a man who has that ability to take a stand for himself. She loves someone who can argue with her and is able to keep valid points. She likes having arguments and terms it as a pass time so be ready to get into a deep argument with her, don’t worry you won’t lose her but yes, don’t hurt her ego, get into a healthy argument, she will love it.

Also Read : How To Attract An Aries?

5. Be straightforward and passionate:

If you want to play the game of love and you are really into her, be direct in approach, she doesn’t like a man who takes round in keeping his words. She loves someone who is directly at the point and yes, be passionate if you want to get closer to her as she is filled with adventures.

If you are able to bring all these traits in you, attracting her can be your cup of tea. And try going through how to attract an Aries woman once again if you feel you are still unable to attract her, go through it and apply it too, if you want to make an Aries woman yours.

Also Read : Zodiac Signs Who Are Highly Attracted By The Females