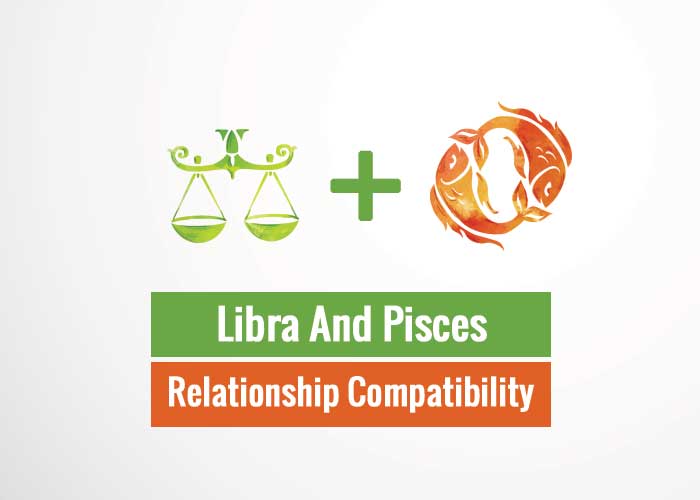 If someone can handle an indecisive libra than its Pisces. Nothing matches a libra and Pisces combo. They both love freedom and their own personal time. However libra I bit confused when it comes to making decisions and who else can understand than a mutable Pisces who itself is a changing and adaptable sign. Pisces can adapt to circumstances and situations which makes them a special sign that can overcome any challenges of life. In this way, these two signs together can overcome any odds in life. They are perfect together. If you want to know more about Libra and Pisces relationship go through their relationship compatibility.

Their love of arts can bring them together. Both are creative and imaginative signs they love thinking many things at once. Pisces has a very soft and mysterious sign which can attract the romantic trust Libra who tries to seduce Pisces with their charm. And Pisces is someone who falls easily in love. They both are spontaneous and can get along easily. They will get attracted to each other in the search of art and soon will be in love with each other.

Libra and Pisces relationship compatibility say that communication can be inspiring for as long as they don’t try to change each other, explain to each other how they should think or feel in certain situations, or even worse, teach each other how to behave. One should record their conversation because it’s full of philosophical talks and their stories. And the way they add extra light to their memories is just best. They have a unique insight. And together they can create an ocean of ideas. They laugh, cry, and argue all at a time. And they love this drama.

Libra and Pisces’ relationship compatibility says that they will have a great sense of understanding of their partners. Pisces is the sign who is known for their understanding of nature and when Libra meets Pisces, Libra will love them as seeing Pisces understanding their complicated self. Libra tries its best to understand Pisces. However, Libra may not understand Pisces completely because Pisces have this behavior of leaving this uncertain and unexplained, not because they want to create chaos, but they want their partner to understand them by explaining just like they do. But Pisces needs to understand that not everyone can be like them because of this uncertainty Libra might not get the intention of Pisces.

Well, they both together are complete emotional fools. They get easily emotional. They like to be vulnerable together talking about their past and how they have survived. All these little things they share and cry. They will always give each great emotional support that no other sign can give them. When it comes to Libra, they are more protective of Pisces. They see Pisces as susceptible ones. But the truth is, Libra is a little more impulsive and stubborn, and Pisces takes care of libra without letting them know.

Libra and Pisces’ relationship compatibility says that they will not understand each other well enough to share much trust. Pisces trust their partners easily and Pisces often believe in confronting things. They are very transparent about a thing but however, Libra might get a little insecure seeing Pisces taking care of others as equal as for them. Libra is a little doubtful when it comes to having trust in their partner. This is the only flaw in the Libra Pisces relationship. Building trust is important in fact very important in this relationship. Because Pisces don’t like to be blamed or not trusting them. If anyone doesn’t trust Pisces then swear on god Pisces may get hurt badly and they might isolate themselves. So Libra needs to take care of this and Pisces needs to be a little less sensitive when Libra tries to ask questions doubtfully.

Libra and Pisces love compatibility says that they can both be selfless lovers, caring more about the satisfaction of their partner than their own. They will discover many different sexual preferences that they weren’t aware of before, through a connection of very different natures. Libra and Pisces seem to have almost nothing in common. Since they are connected through Venus they touch each other through this sensual, loving planet, they might find true sexual satisfaction together. But the difference in wants and desires may create problems in this relationship. Libra wants their sexual experiences fast and exciting, and Pisces wants them slow and sensual. The main issue of speed is usually overcome by the quickly changeable nature of Pisces, except in cases when they are too shy to jump into a sexual relationship with someone as openly sexual as Libra. But it can be said that despite all the efforts they may fail to satisfy each other when it comes to sexual relations.

Overall, Libra and Pisces relationship compatibility says that there are a number of problems that might threaten their relationship together. Pisces and Libra is not a strongly compatible pair on paper, but if efforts are put in the right direction from both the sides, it can definitely cross the toughest of hurdles. Since Libra is an air sign and Pisces is a water sign, they will tend to engage in a free-flowing, calm, and even-tempered relationship. If they make a continuous effort they may be able to make this relationship work out.