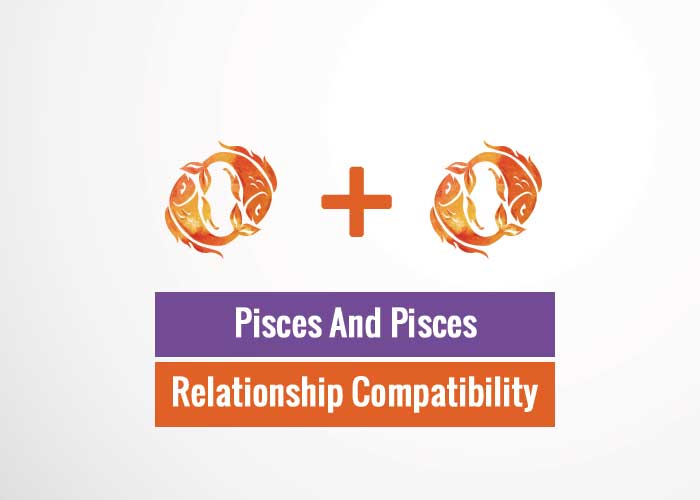 Pisces are selfless and are always ready to help others without any ulterior motives. They are 12th in the zodiac list. They do not even expect a favor to be returned. But when two Pisces natives first meet to form a romantic alliance, the first question that arises is that of mutual trust. One more negative point in that relationship is that they can get stuck in a rut, being monotonous, doing the same thing every day. It can make them lazy, bored and thus their inborn creativity goes for a toss. These two aspects of their relationship create doubt about whether it will work or not. To know more about them let’s go through Pisces and Pisces relationship compatibility.

Pisces are very friendly, have all kinds of friends, and do not discriminate. They are very emotional, intuitive, has large reserves of empathy, and possess great artistic talents. When two such personalities meet they attract each other. They are also very generous, very faithful, and caring. They usually have the best emotional rapport with other people. And one Pisces is in search of such another personality. So, it is obvious they will attract each other and will even fall in love.

Pisces and Pisces relationship compatibility says that they will share their dreams with one another, and probably inspire each other in many ways, but it will be difficult for them to discuss the ongoing things in their lives. Pisces is the sign of Mercury’s fall and these individuals will often be too closed up or lost to have good practical communication. They will have a tendency not to move from a certain point, both of them intensely focused on the idea of love, rather than actual activities. And this may create a situation where they feel like there is nothing to talk about. They need to know each other to have good communication because if they lead separate lives, they could end up in a relationship where they simply don’t know each other and crave closeness with someone else.

Pisces and Pisces relationship compatibility says that there is no better partner to understand the emotional nature of a Pisces partner, than another Pisces. Pisces is the sign that exalts Venus, the planet of love. Emotional contact between two Pisces partners will rarely materialize, because both partners are in search of someone who needs inspiration, and the two of them don’t need this from their partner. Their tenderness and the way they nurture their emotions toward each other will be a true inspiration for everyone around them. Their mutable quality will show through emotional changes.

Pisces and Pisces relationship will lack mutual trust. The main reason behind this is that they both are a mutable sign and are hardly reliable. They can change anytime and anywhere. Trust is a very difficult subject when two Pisces representatives begin a romantic relationship. The reason is that they both know each other very well and they know how reliable their partner can be. The best way for them to create a safe and trustful atmosphere is in a lot of meaningful communication that they both usually find obsolete. They need to communicate and give time to each other to build trust in their relationship.

Pisces and Pisces love compatibility says that when love happens between them, it works like magic. Their sex life can be magical, but in many cases they will not even get to the physical contact, keeping their relationship senselessly non-physical. When they begin a physical relationship, they could both be too cautious about choices of sexual activity they will suggest to each other. They have trouble making the first move when it comes to matters of sex. Their relationship might strangely inhibit them both, because of the possibility of unrealistic expectations and the fear of being let down. Their mutable natures will in most cases allow them to progress and make enough adaptations and changes for their sex life to work. But once they can cope up with everything, they will understand each others’ needs perfectly even without being told, thus making their sex life completely satisfying.

Overall, Pisces Pisces relationship match is very high because this romance is like a fairytale, and their perfect emotional and intellectual connection is something that no other sign can achieve with them or reach to. They will most certainly have a lot of fun. They can hardly get bored together, especially when they share common interests. Their relationship will be satisfying to all their senses. The only problem may be the level of trust which may even create misunderstanding. If they can look into it, they will be able to be in a healthy relationship.