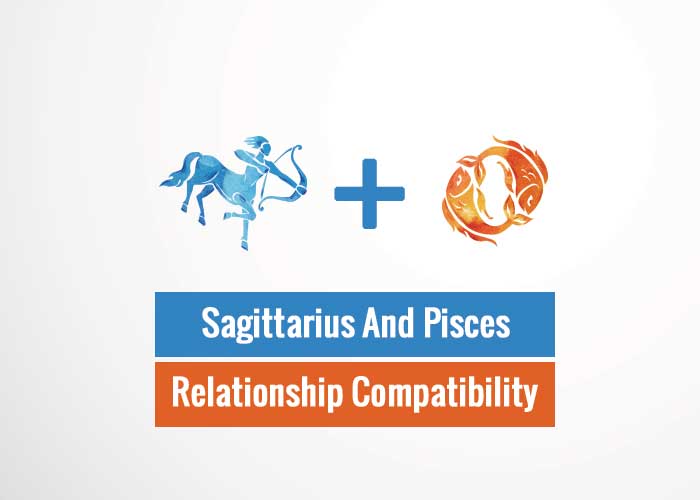 Fire and water a rival? Not exactly. Their elements may be opposite to each other. But that what makes their relationship balanced. Both of the signs are mutable. And both of the signs have duality. And last but not least both of them are ruled by Jupiter but except for Pisces it has another planted that influences their personality “Neptune” because of their same ruling planted they share a lot of characteristics in them. They might have a similar approach to life. But the difference here is their elements and their constellation and which even benefits this relationship. The fire element with their bluntness and water element Pisces with their charming souls, one impatient other calm. One direct other indirect. Well, together they are like yin and yang. Perfect in their imperfections. Always ready to push each other. Let’s go through Sagittarius and Pisces relationship compatibility to know more about them.

Also Read : How To Attract A Sagittarius Woman? Find it out

When these two signs meet, their very first impression will be so much interesting. As both of them completely admire each other’s personalities. Sagittarius with its direct and sharp cutting words, Pisces with its mysterious aura. These characteristics about them will help a lot in adding fuel to the burning heat between them. However, sometimes it can be reversed, they might not understand each other not because they want to but perhaps because Pisces may find Sagittarius intimidating and Sagittarius will find Pisces very soft. But they are very much similar if they can break barriers.

Also Read : How To Attract A Sagittarius Man? Find it out

Sagittarius and Pisces relationship will be filled with the best communication ever. When they talk it is indeed philosophical. They seek knowledge because of their ruling planet Jupiter. They always want to explore. Both of them like adventures. And together they are a power couple. As both actual needs to learn from one another and what will help each other in their journey. Their words are strong. They both Express from their well analyzed and experienced voices, which is so much empowering that both of them ended up boasting themselves.

Also Read : How To Attract A Pisces Man? Find it out

Here is what they might lack in their relationship. Even they are actually somewhat the same. And have similar thoughts about the process. They sometimes don’t understand each other because they are complex being themselves. But it also because their thoughts sometimes contradict. It is because of their indifferent thoughts with different angles and approaches that Sagittarius Pisces relationship lacks mutual understanding. Since they find their own mistakes in each other, they may fail to understand it at all. It’s like a mirror. And because of it, there arises misunderstanding but however, they can surpass this too.

Also Read : How To Attract A Pisces Woman? Find it out

Well, people say fire sign doesn’t care about anything. Well, that’s just saying. And it is because they actually try to show themselves in such a way but deep inside they care. And that can be seen by Pisces who has their unique eye to see what lies inside. So Pisces will get their emotions as well as their partners. And here it is people say water signs are always so emotional and they can’t stand to own their own. But they are strong fighters and none other than the Sagittarius will be able to reflect themselves in Pisces and they can see that Pisces are actually a warrior who sometimes underestimates themselves. So that’s when Sagittarius will help Pisces to overcome it. They can connect with each other on a high emotional level as well as with their thoughts.

It will be very difficult for Sagittarius and Pisces to trust each other, but they will probably accept it as a perfectly normal thing. Regardless of the purpose of each little thing they do, they will often have twisted expectations from each other and this will lead to unintentional dishonesty. But with time, if a continuous effort is put in, the trust between them will be unbreakable. It will be inappropriate if we try to see their trust bond weak. Because which isn’t. These two signs are one of the signs we believe their love for each other. But yet they sometimes might not get along well. But they always trust each other. There can be other factors that can cause a fight among themselves.

Also Read : Most Compatible Zodiac Signs According to Astrology

Sagittarius and Pisces love compatibility says that the level of intimacy will rarely be satisfying for any of these partners. They are both ruled by Jupiter, they will be faced with their rational natures and their convictions. One of the reasons why their sexual relationship rarely comes true is the overthinking of both partners. If Sagittarius can manage to end up in a physical relationship, they will have a lot of fun. As they will wait for a grand emotion, grand gesture, or any sort of passionate initiative from Pisces, while Pisces will wait for all of the pieces of the puzzle to fit in their perfect position. As two mutable signs, there will be no end to their creativity and changes in positions, scenery, and levels of commitment and intimacy in the bedroom. The best thing about their relationship is the positivity both partners share, and a lot of laughter and fun they will share in their love life. Their sex life will have ups and downs, excitements and disappointments, too many expectations, and a lot of surprises.

Overall, Sagittarius and Pisces relationship may lack understanding, a little bit of trust, emotional connection, though communication and intellectual bond may bring them together, this relationship may find it hard to work due to the difference they both have. There are too many differences between the two and some vital chunks of their personalities clash violently with each other.If a continuous effort is made by the partners, this relationship may function smoothly.
For as long as they are in a fascination phase of their relationship and they are enjoying it, they will be inseparable. They both tend to live in their dream worlds more than they do in the present, they might end up getting harsh reality checks from time to time. And this may unnerve them and cause panic in their relationship.