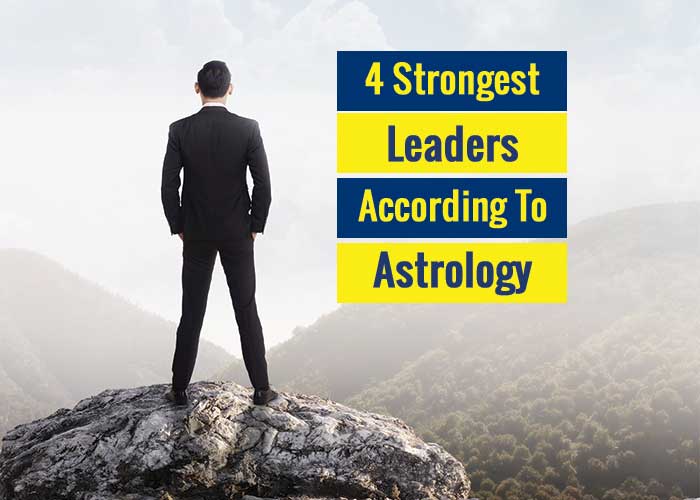 We often like to find qualities that are very unique, like while choosing a leader for our group projects in schools and colleges we only look at the qualities who can really manage and deal with the group. Not only this but even while choosing the leaders of our country we do the same. So, let’s check it out which zodiac signs can be the best leaders as here we have mentioned the 4 strongest leaders according to Astrology.

Aries are the kind of individuals with whom you can easily communicate and are truly appealing, even it has been just a few minutes you have met them. They take too much pride in being the individual that others go to for a decent time or when they need support, which makes them one of the strongest leader. At the point when Aries is posted on power, they willingly volunteer to know about what their team needs while still completing every sh*t. Their likeability and confidence make them somebody to look up to without it being impossible for others to be much the same as them.

Taurus is a unique kind of leader that blends friendship with being in authority. They usually lead the pack in circumstances since they unintentionally feel like they are guarding their companions in this manner. They enjoy dealing with individuals and by taking on a leadership position, They demonstrate that they can deal with you regardless of anything. Taurus is usually the leader since they have a decent head on their shoulders. They don’t let unnecessary details deflect her from making a good judgment, which can be hard when things get upsetting. They are really great at giving advice, so in case you are thinking of being more like them, They’ll be there to teach you some precious things.

Leo is an inborn leader, so don’t be astonished in case they take on the leadership position without asking first. It isn’t that they have to be bossy about it, it’s simply that they genuinely trust nobody can complete a task in a perfect way at being a boss than they can. Leo is the kind of leader you need when things begin to get off track. Regardless of whether you’re experiencing considerable difficulties breaking through to somebody or you need a self-assured power behind you, Leo is always there for you. They will dependably have your back and will be the predominant companion when you need them to be.

Capricorn is ideal for a position of leadership since they are the best restraint. In case you think anything can stage them when They’re in the boss mode, you’re so incorrect. They realize that when others are relying on them that they have something to demonstrate, so they won’t do whatever that would disappoint their companions. Capricorn is frequently marked as the “mother companion” since they deal with you while remaining intelligent and smart in any circumstance. This reasonability gets them far throughout everyday life and they realize that others admire them as a good example; Capricorn needs to be the reason that others moved toward becoming good leaders.