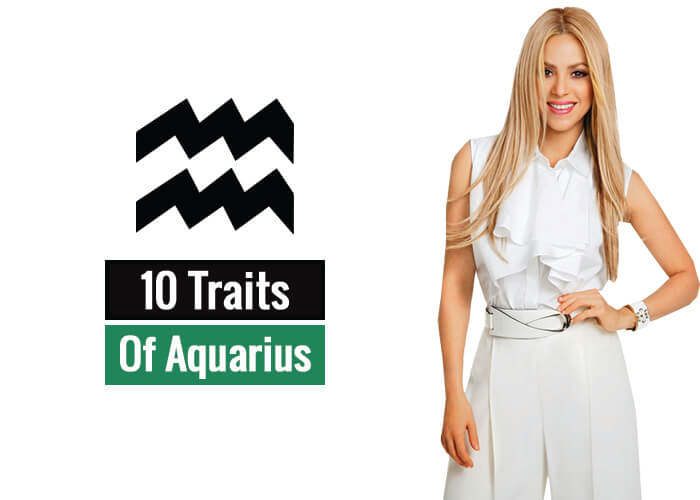 Below are the 10 Best Traits Of Aquarius (Aquarius Traits). Hope you enjoy reading it.

1. Aquarius respires the world of music

Music means a world to an Aquarius. They have a strong connection with music in every way. In fact, music is something that makes every Aquarius feel better and alive. They just want to feel connected with music either through listening to them in their headphones or through jamming out an instrument. So, for every Aquarius music means a lot.

2. Aquarius only rely on themselves and their thoughts and like to stay broad-minded about everything

Aquarians are not the ones who will simply rely on other people saying but the real truth is that they love to come to their own conclusions about things. They even have a hard time asking for help during the times that they need it the most. They are so self-reliant that they have a big desire to go out and to make it on their own without having to rely on the charity or handouts of others. Aquarius love freedom and are extremely independent thinkers. They are not the ones who will prejudge the worth or value of something by its outward appearance alone but in fact, they like to stay broad-minded while dealing with new people and situations.

3. Aquarius just don’t like to be surrounded by highly egoistic and bossy characters

Aquarius will simply walk away from you if you only babble about yourself and don’t even bother to listen to them. If you want to be in Aquarius world than you should know how to value their boundaries and if you can’t then just stay away from them.

4. Aquarius doesn’t like to reveal their emotional side to others

Aquarius often distance their self from the outside world if their emotions are running high. Sometimes they can be very emotional but they are really not sure about their emotions. If an Aquarius don’t feel like talking then don’t try to question them as this might irritate them, instead just give them some space.

Aquarius facts number five. People always gossip about Aquarius being totally weird and those gossips are totally right. Sometimes an Aquarius can sound completely strange and random which often leave others with baffled faces. Aquarius just don’t want to be normal and believes being normal is boring. People often get astonished by an Aquarius weirdness and they often gossip “Are Aquarius from a different planet or what?” but their friends just adore their eccentrics.

When it comes about friendship Aquarius believes in quality time over quantity time and they are very curious about who they allow in their world. Aquarius would better have a small circle of true friends who would stand by them in their difficult times rather than having massive of fake acquaintances.

7. They are immorally sarcastic

Aquarius borns are brutally sarcastic and you can even say they the kings and queens of wicked sarcasm. Sometimes they don’t even realize that they are being brutally sarcastic with others as it comes naturally to them. Their closest pals often get their perverted sense of humor and find themselves being completely frenzied when an Aquarius is near them.

8. Aquarius can be quite unpredictable and are also often misunderstood

Unpredictability is the usual Aquarius trait. This individuals just hate to live a monotonous life or doing the same thing every day. So, they usually choose to live a life which is completely adventure. Their friends often adore their spontaneous nature and find a lot of fun when an Aquarius is with them. This is also the sign who is usually misunderstood and people just don’t get them. They can go crazy and weird in their own way and usually they have an uncommon way of showing their caring side but that doesn’t mean that they are less caring. Aquarius just loves to do things in a distinct manner.

9. They usually learn from their past mistake and always make sure not to repeat the same mistake again

Aquarius facts number nine. Not everyone in this world is perfect also an Aquarius is the one who commits mistakes while making some vital decisions of life. But they are very different from some other signs as they are not the one to repeat the same foolish mistake constantly.

10. Aquarius can turn out to rebel and don’t like being told what to do or how to think

Aquarius can turn out to be the rebel when people try to impose their believes in them and commands them to change themselves. The strongly independent traits of Aquarius demand them to detach themselves from people who believe that they take charge of their life.