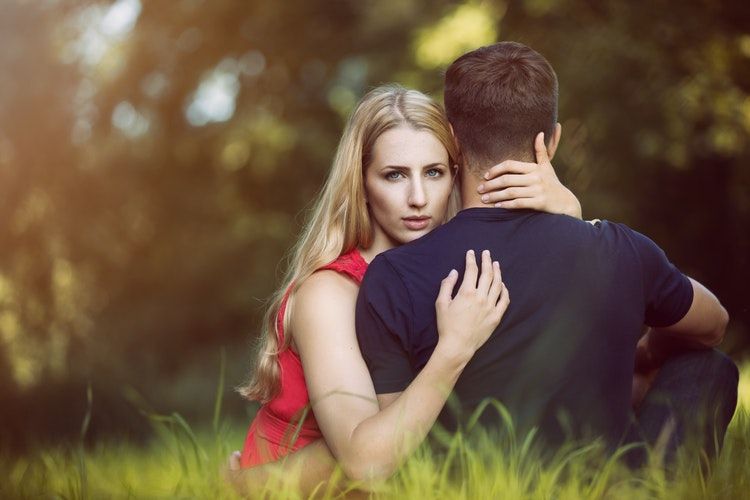 Aries, your trust issues get triggered when the things start to get serious. You’re so anxious about getting abandoned that you ruin relationships before the other person has the opportunity to do so themselves. You’ll gradually stop answering their texts, treat them a little nastier, and nudge them out of your life because you don’t want to be left again. You’d rather do the leaving.

Gemini, your trust issues get triggered when you find someone new that you think is attractive. After all, if you’re observing other people, then your partner must be observing other people too, right? Maybe it’s the guilt talking, but whenever you notice someone else, you start to feel self-conscious about your relationship. It brings out all your insecurities.

Cancer, fights trigger your trust issues. You assume every person you date is your life partner, the person you’re meant to marry, but when you fight, you doubt the relationship’s longevity. You start to wonder if you’re going to get blindsided and heartbroken again. You start to wonder if you were only imagining that your relationship was free of flaws.

Leo, your trust issues are triggered by memories. You’ve been hurt in the past, pretty brutally, and you’re worried it’ll happen again. You know you shouldn’t blame your current partner for your ex’s mistakes, but it’s hard. It’s extremely hard.

Virgo, over-analyzation triggers your trust issues. If your partner works late, you’ll wonder if they were really sleeping with someone else. If they smile when they get a text, you’ll wonder if they just read something flirty. Instead of asking questions that would clear things up, you let your mind run wild and come up with crazy scenarios.

Libra, your trust issues are triggered by your insecurities. If your partner compliments any strangers or celebrities — particularly, ones that you deem more beautiful than you. They make you feel insecure, ugly. When you see them, you wonder why your partner would choose to stay with you when there are so many other options out there.

Scorpio, your trust issues are unintentionally triggered by your friends and family. You see how unhealthy some of their relationships are. You see how often they lie and cheat and fight. Even if your relationship is running smoothly now, the people around you make you wonder if it’s only a matter of time until everything falls to pieces.

Sagittarius, your trust issues rise to the surface whenever you take a new step in your relationship. You’re used to being single, so moving in with someone, labelling them as your life partner, and marrying them are huge milestones. Scary milestones. Milestones that make you question if you’re making a massive mistake and are going to end up with a broken heart.

Aquarius, your trust issues are triggered by your wild imagination. You’re creative, which is why you can picture your loving, caring partner abandoning you in the middle of the night or chopping you up into tiny pieces. You have an overactive imagination and it’s torturing you.

Pisces, Your trust issues are triggered by your friends who bring up the scenarios you never would’ve considered. If your partner has been busy lately, they’ll mention how there’s a possibility that you’re getting cheated on or catfished. They’ll bring up ideas you would never have thought of and probably shouldn’t be thinking of.